To move forward, you have to give back. – Oprah Winfrey 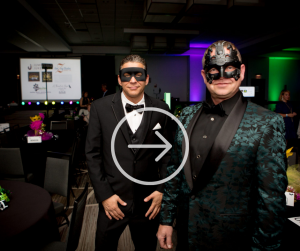 It was a night of glitz and glamour as founder Keli Miller and her pack of volunteers and donors gathered for the 11th Annual Auction for a Kaws Masquerade Ball to benefit animal rescue in South Carolina. Bachelors and bachelorettes took the stage, the auction block so to speak, to cap off months of fundraising efforts. Music filled the air as silent auctions took place in the back, where bidders jockeyed for top spots. Dream vacations, jewels, artwork… it was all on the line with every item up for bid starting at one-third the retail value.

Excitement was the real prize. You could feel it in the air. It was time to celebrate the heroes of animal rescue, like Keli who wakes up in the wee hours of the morning to feed feral cats, those who are on their 10th foster pet, and others who are passionate about the Kaws. It’s a community effort. Neighbors, businesses, non-profits, a news station, and a local newspaper were involved.

Even though this innovative event raised about $10,000 this year, the pandemic has severely impacted fundraising efforts. Auction For A Kaws has raised nearly $1 Million since its inception in 2010 and has expanded from helping rescue organizations in Greenville to now supporting agencies across our state. Last year’s event had to be canceled due to the pandemic and it impacted attendance at this year’s event. At the same time, Keli says the number of rescues has skyrocketed over the past two years.

Auction For A Kaws is a non-profit organization with a focus on saving and protecting animals facing euthanasia, abandonment, disaster, or life as a stray. With love, commitment, and public education, AFAK strives to give animals a renewed life with the protection and care that they deserve. If you would like to help, they would appreciate your support. To learn more about AFAK, click on the video links.  To make a one-time or recurring donation, visit the AFAK website. 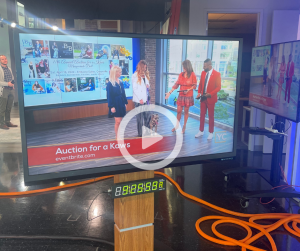 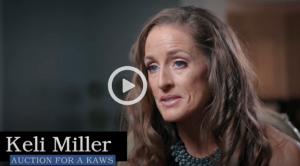 Founder Keli Miller shares why she started Auction for a Kaws.