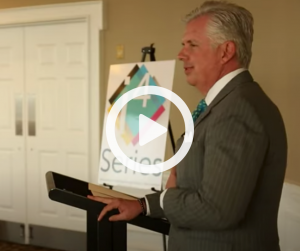 To everyone who attended the i4Series event, Growing Your Brand & Business Through Exceptional Storytelling, thank you for such vibrant attention.  A speech is like a book, it must overdeliver on time invested.  You all came with open hearts and minds and the best of questions and challenges.  I am dearly grateful.

Now, to the power of story, and how to tell yours:

Your story harbors value, in its darkness and its light.  Dr. Brene Brown extols the deep value of vulnerability.  “Daring Greatly” is her book title.  Dare to reveal your innermost story is my foremost call to you.  Only by the courage to share struggles, pain, and humble triumph, do others find their stories in yours.  Daring to tell of your challenges, your brand’s challenges, unites you with the world.  Volodymyr Zelenskyy, President of Ukraine, isn’t drawing international support and accolades because his life bakes in the sun of good times.  His story unites the world in his courageous struggle, and that of his people.  He’s showing and telling pain.  “I need ammunition, not a ride” distills him to an essence, a brand, if you will.  The world gets it.  The world around you will get you through similar vulnerability.  Know your story belongs to the world.  Believe it will better someone.

Trust the clarity.  Trust the kick.

That Zelenskyy quote is clear as spring water with one helluva kick.  Consider how your life distills into what you believe, who you are, and how you desire to serve.  State it as if you had the world at your feet and only seconds to have your say.  Hold your story – your very being – up to the light.  Be seen, in a flash.  It can get done with just a brushstroke of a thought about what you’ve been through, what you’ve accomplished, and what you believe.  Mr. Kelleher sure did with – “A company is stronger if it is bound by love rather than by fear.”  His Southwest Airlines story proves that truth.

Make every word fight for its life.  Stephen King writes about the task of writing as cutting more than adding.  “Kill your babies” he inelegantly but wisely says.  That means edit away the flowery weeds we all write and speak so people can see.   Be heard.  Be seen.  In this era of mosquito-size attention spans, drop the silk.  Get to the marrow of your story.

Feel, so the audience may feel.

Emotion gives life to every story.  Dare as a speaker and a writer to feel your way into the tale so others may do likewise.  We remember what others make us feel.  As Maya Angelou said, the feel of a thing makes it unforgettable.

The eye and the ear love the unexpected.  The very definition of irony.  Nearly every Emmy I ever won came from a story with a powerful surprise.  A quick example – A story we called THE OTHER WOMAN.  The photographer and I opened it with notions of a man on Hilton Head feeling the pull of a lady, across the sea, he couldn’t get out of his head.  Night and day, she seemed to call to him.  He worked hard to reach her.  And his wife was OKAY WITH IT!!  Intrigued?  No, it’s not an affair, in the usual sense.  The man was building a submarine.  He wanted to take it to Scotland.  The other “woman” was Nessie, the Loch Ness Monster.  He was obsessed with finding what was down there in that murky water.

This is more a speaker’s technique than a writer’s, but it applies to both.  In television pieces, a powerful moment calls for giving the viewer a moment to take it in.  Just an artful pause.  Comedian George Carlin did an entire routine in silence, hilarious silence, facial expressions having the only say.

The world is full of sneering fault finders.  Some of them will hurl themselves against your story, finding all kinds of dents and scratches and ways you are “wrong.”  Ignore the sneer as it comes to your story.  A caring critic (often a good editor) is priceless and necessary.  Hear constructive critics.  Ignore sneering fault finders.  Your story is too valuable for them.

These are just a few takeaways on the power of storytelling to affect great things.  Storytelling unites us.  It unburdens us.  I’m reminded of a book by E.B. Sledge, who served in the Pacific in World War II.  He came home to terrible nightmares.  But he soon found, with the help of his wife, that writing the dreams down caused them never to return.  His story freed him and inspired many.  The telling of his story became the book itself, a New York Times bestseller titled With the Old Breed.

Every person, every brand, has something to say.  A story.  Dare say yours, with your heart in high gear.  It will matter!

One more thing:  Many of you asked questions about the techniques and realities of television news.  Here’s a curriculum I use in teaching. Feel free to download The Art of Television Storytelling.  It’s a look behind the scenes at how the coming generations must learn.

A joy sharing some time with you all.  I urge feedback.  Please let me hear from you:

And let’s connect on Linkedin.  You’ll find more content there.