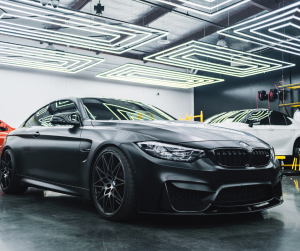 COLUMBIA, S.C. – The BMW Group continues the roll-out of its electromobility plan with a new investment to expand Plant Spartanburg and the company’s manufacturing footprint in South Carolina. BMW Group Chairman of the Board of Management, Oliver Zipse, announced today a $1.7 billion investment in its United States operations, including $1 billion to prepare for the production of electric vehicles at Plant Spartanburg, and $700 million to build a new high-voltage battery assembly facility in nearby Woodruff, S.C.

“For decades, Plant Spartanburg has been a cornerstone of the global success of the BMW Group. The home of the BMW X models that are so popular all over the world. Going forward, it will also be a major driver for our electrification strategy, and we will produce at least six fully electric BMW X models here by 2030. That means: The ‘Home of the X’ is also becoming the ‘Home of the Battery Electric Vehicle’,” said Zipse on Wednesday. “In addition, we can showcase BMW Group’s ‘local for local’ principle: Our newly developed sixth generation battery cells, which were specifically designed for the next generation NEUE KLASSE electric vehicles, will be sourced here in South Carolina – where X goes electric.”

With a commitment to strengthening its regional supply chain, the BMW Group aims to purchase battery cells for its electric vehicles where production takes place. Zipse also announced that BMW has partnered with Envision AESC, which will build a new battery cell factory in South Carolina, to supply Plant Spartanburg. Details on Envision’s South Carolina operations will be made publicly available at the time of the company’s announcement.

Envision will produce BMW’s newly developed sixth-generation round lithium-ion battery cells, which were specifically designed for the next-generation Neue Klasse electric vehicles. The new battery format will increase energy density by more than 20%, improve charging speed by up to 30% and enhance range by up to 30%. At the same time, the use of secondary material for raw materials – including lithium, cobalt, and nickel, as well as renewable energy for production – CO2 emissions from cell production will be reduced by up to 60%.

The Coordinating Council for Economic Development has awarded a $65 million Closing Fund grant to Spartanburg County to assist with costs related to the project.

“BMW’s sustained and impactful presence in South Carolina demonstrates the power of partnership and shared commitment to our state’s automotive industry success. With today’s announcement of a $1 billion expansion to Plant Spartanburg for manufacturing electric vehicles as well as $700 million for a new plant in Woodruff to assemble battery units, the road to the future is here. And I applaud BMW on helping lead the way,” said Governor Henry McMaster.

Plant Spartanburg was established 30 years ago and began producing vehicles two years later. Since then, the plant has become the global center of competence for BMW Sports Activity Vehicles and a critical component of the company’s global production network. The plant currently represents an investment of nearly $12 billion, has more than 11,000 employees, and has an annual capacity of up to 450,000 vehicles. To date, more than six million BMW vehicles have been built in South Carolina — for the U.S. and global markets. Based on this strength, BMW has been the largest automotive exporter from the U.S. by value for the past eight years.

The plant is supported by more than 300 suppliers in the U.S., including over 40 direct tier-1 suppliers in South Carolina alone. To learn more about BMW’s Upstate manufacturing operations, visit the BMW Plant Spartanburg website.

“This is a very important step for Plant Spartanburg as we continue our legacy of producing high-quality vehicles, and build on the success of the last 30 years,” said BMW Manufacturing President and CEO Dr. Robert Engelhorn. “With this latest investment, we futureproof our operations and prepare the plant for electrification and new technologies, ensuring both the long-term success of our company and our position as an attractive and viable employer in the state of South Carolina.”

“BMW’s latest investment further proves that South Carolina is a vital player in the automotive transformation sweeping the U.S. and the world. The company’s continued success here is defined by collaboration and a workforce that is second to none. Once again, BMW is helping South Carolina drive the automotive industry toward the future, and I can’t wait to see where the ride takes us.” -Secretary of Commerce Harry M. Lightsey III

“The future of mobility and the future of automotive technology will be centered in Spartanburg County, benefitting thousands of people for years to come. As the era of the electric vehicle dawns, we will be on the cutting edge thanks to BMW’s continued partnership and investment with the Upstate and Spartanburg County, now expanding to Woodruff.” -Spartanburg County Councilman and Chairman of the Economic Development Committee David Britt

“Our community is grateful for this investment and this new partnership with BMW. We have invested in making our downtown, our housing market, our infrastructure, and now our education, top-notch; and we are overjoyed to welcome BMW to Woodruff. A very heartfelt thank you to the BMW Board of Management and all of the leaders in BMW who are willing to make this investment in our town. Here’s to our future together.” -Woodruff Mayor Kenneth Gist